Practice English Listening A2 Exercises – At the Moulin Rouge painting

A. Listen to a guide in an art gallery talking about At the Moulin Rouge. Answer the questions.

1   What was the Moulin Rouge famous for?

2   Who did Toulouse-Lautrec include in his paintings and posters?

3   Which person is Toulouse-Lautrec?

4   Why do some people think he liked painting the dancers?

B. Listen again. Write the numbers of the people next to their names. 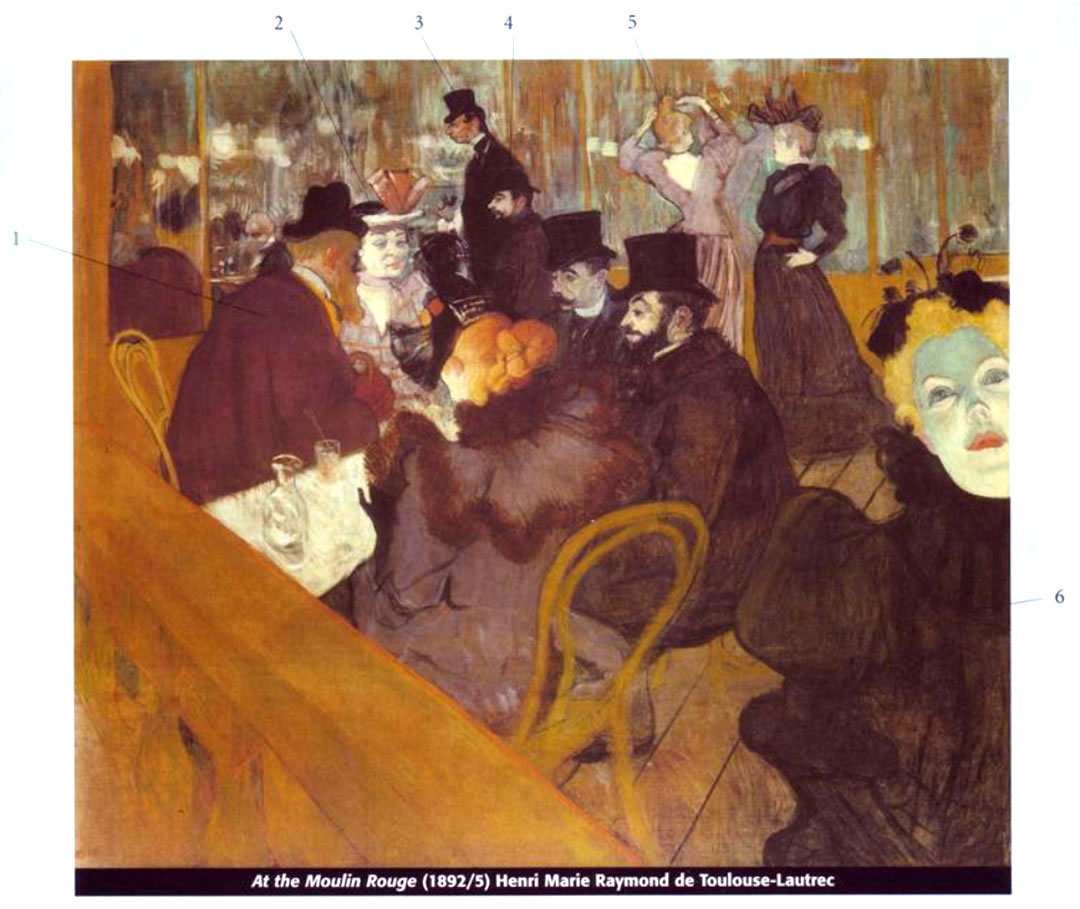 ___ His friend, a photographer

1   It was famous for its beautiful dancers and singers.

2   The dancers from the Moulin Rouge and his friends.

3   The very short man at the back, who is walking out of the nightclub.

4   Because they had beautiful long legs.

1 His friend, a photographer

OK, now the painting we are looking at now is by the French painter Toulouse-Lautrec. The painting is called At the Moulin Rouge. As you probably know, The Moulin Rouge is a nightclub in Paris. Maybe some of you remember the film Moulin Rouge? In the 19th century, the nightclub was very famous for its beautiful dancers and singers.

Toulouse-Lautrec did a lot of paintings and posters of the Moulin Rouge. He especially loved painting the dancers. And in these paintings he sometimes included his friends too.

In the middle of the picture there are five people who are sitting at a table having a drink. The woman who’s wearing a hat is a dancer – her name is La Macarona – and the man sitting next to her on the left is a friend of Toulouse-Lautrec. He was a photographer.

On the right, here, there’s a woman with fair hair, blue eyes, and very red lips. Her face looks very white. That’s another famous dancer called Jane Avril. At the back of the picture, on the right, there are two women who are standing together. One of them is touching her hair. That’s La Goulue and she was one of the most famous singers at the Moulin Rouge at that time.