A. Choose the statement that best summarizes the main idea presented at these points in the video. 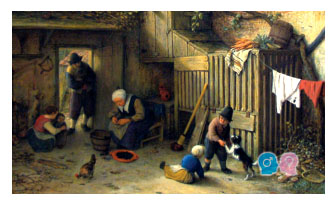 1 a   The gender roles of men and women in the past were not that diverse.

b   For many centuries, gender roles in the home business were separated.

c   Men and children worked on the farm and women worked in the home for many centuries. 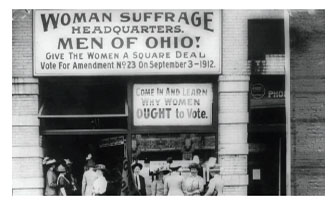 2 a   The Industrial Revolution made people behave as though gender roles would not change.

b   During the 200 years after the Industrial Revolution, gender roles went through a big change.

c   In the twentieth century, gender roles went through a big change. 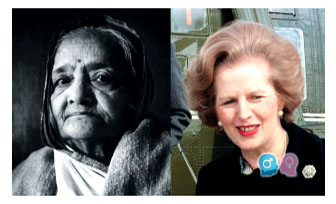 3 a   With further education, many women entered fields dominated by men.

b   With women entering new fields, most men welcomed them.

c   Some men welcome women in the workplace, but there are still some who resist them. 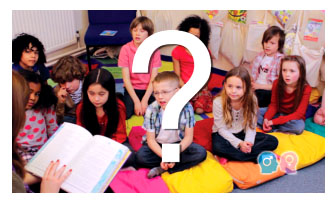 4 a   Children growing up today may not be able to decide what to do.

b   Children who are growing up today may be able to choose any career they want.

c   Attitudes and roles are likely to reverse for the new generation of children.

B. Number the events from 1 to 8 in the order they are mentioned in the video.

___ Men went to work in factories while women stayed home with the kids.

___ Gender roles were similar, sharing work and having businesses at home.

___ The Industrial Revolution created many jobs away from home.

C. Take notes to answer the questions in your own words. Then compare answers with a partner.

1   How did many women feel after filling in for men during World Wars I and II?

2   What issues exist today for women who are in the same jobs as men?

3   What issues exist today for men whose jobs are considered feminine?

1   They loved the new opportunities and felt freed from the home. They didn’t want to return to homemaking as if nothing had happened.

2   Women are sometimes paid less for the same job. Sometimes they don’t feel valued by their employers.

3   Sometimes they feel as though society doesn’t take them seriously. Some people feel it is strange for a man to want those types of jobs.

Narrator:   Which of these men would you say are more manly? And which of these women look as if they are more feminine? Your answer may reveal your opinion of the gender roles that define proper behavior and occupations for men and women.

For many centuries, gender roles were pretty simple and somewhat similar. In everyday life, men and women shared the work on the farm and in businesses that were run from the home.

Then, the Industrial Revolution helped bring about a pretty big change. There were new factories that needed workers, and the workplace became separate from the home. Men left the home to take jobs. Before long, people behaved as though it were absolutely natural for men to work and for women to stay home with the kids.

But then, in the twentieth century, some 200 years after the Industrial Revolution, gender roles went through another big change. When men went off to fight in World War I and World War II, women filled in at factories, offices, and stores. Many women loved these new opportunities. They felt as if they had been freed from the home and didn’t want to return to homemaking when the war was over, acting as though nothing had changed. Many sought education in fields dominated by men.

Soon, they were becoming doctors, business leaders, and even heads of state. Some men who welcomed this change decided they wanted to be nurses, teachers, secretaries, and receptionists. More men started staying home with the children.

But there were people who resisted this change. Even today, some still look down on women with children who work outside the home. In many fields, women who perform the same job as men are paid less. They feel as though their employers don’t value them as much. Men whose jobs are considered feminine often feel as if society doesn’t take them seriously. More men hold jobs as nurses today than ever before, but some people who can’t cope with these changes behave as though this is a strange job for a man to want.

And what happens next? No one knows. Perhaps children who are growing up today will be able to choose to be anything they want. Maybe there will be equal numbers of men and women who are presidents and teachers, doctors and nurses, police officers and hairstylists.

Or maybe everything will just reverse. All the roles women once held will belong to men. Women will do the things that men used to do. Whatever happens, one thing is certain: Everything is bound to change all over again.