1. Watch the video. Complete the paragraph with the words in the box.

2   Jeff Powell built the hand using instructions from his professor.

3   The printer builds the parts in under 44 hours.

5   Holden is now raising money to build hands for other kids.

6   Holden hopes other teachers can have the best kind of hands, too.

2   Jeﬀ Powell built the hand using instructions from the internet his professor.

4   Holden can cannot hold things with his artificial hand.

5   Jeﬀ Powell Holden is now raising money to build hands for other kids.

6   Holden hopes other children teachers can have the best kind of hands, too.

Anna Werner:   At seven years old, he’s become an expert on the workings of this novel device made out of plastic for roughly $20.

Anna Werner:   He’s right. Children like Holden, born without hands or fingers, in his case the fingers on his left hand, often require custom prosthetic replacements costing thousands of dollars. But this inexpensive device was created by a college student using a 3D printer.

Jeff Powell:   It builds it layer by layer.

Anna Werner:   Senior Jeff Powell studies biomedical engineering at the University of North Carolina at Chapel Hill. He took on the project after learning about Holden from one of his professors.

Anna Werner:   He used instructions posted on the internet, called the Cyborg Beast, then customized it. The 3D printer builds the parts in under 24 hours. And at the end, what you wind up with, is this.

Anna Werner:   His goal: for Holden to be able to do things the rest of us take for granted.

Jeff Powell:   To be able to eat dinner while holding, you know, a knife and a fork at the same time. To be able to grab onto his scooter or his bike with two hands. Maybe even, you know, swing a baseball bat if we get it that strong enough. I don’t want him to be limited by the condition that he was born with.

Anna Werner:   So this isn’t just about a hand for him, is it?

Jeff Powell:   No, no. It’s about enabling him to do anything that he wants to do.

Anna Werner:   And the payoff for this amateur designer? When he picked up a cup, you were able to say to yourself, ‘Hey, this worked.’

Anna Werner:   That had to be great moment.

Jeff Powell:   Yes. It was nice to see it all pay off.

Anna Werner:   Powell has now started a crowdfunding campaign to raise money so other kids can get the device too.

Holden Mora:   Well, I’m actually really happy because I think it’s true that once I get the best hand, they’ll make more like it for those kids. And then they’ll have the best kind of hand, too. 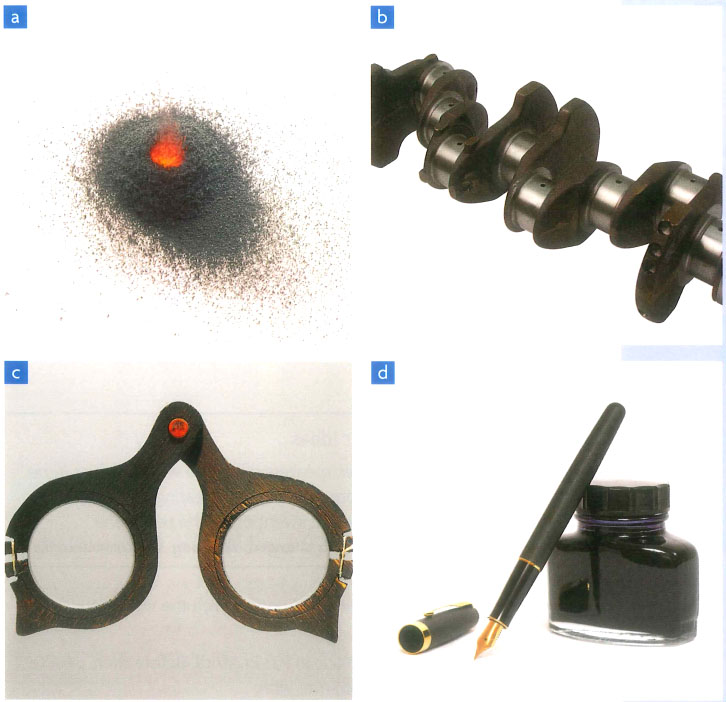 2. Complete the notes with as much information as you can remember. Then, listen to the tour again to check your notes and add more details.

Welcome to the Museum of Science! The exhibition that we’re about to see is called Discovering Medieval Science. As some of you may know, the Middle Ages have often been called the ‘Dark Ages’. During this tour, you will find out that they were not. The Middle Ages were an interesting time and they were full of scientific discoveries. During this time, inventions and technology from India, China, North Africa and the Middle East were brought to Europe.

Inventions and machines designed by medieval scholars made a great contribution to society and many are still in use today. And some of these inventions are very common. For example, the first fountain pen was made in 953 in Africa. Before then, people used bird feathers and ink to write with.

This method would often leave your fingers and clothes covered with black ink. So the first fountain pen had a small container with ink inside and did not stain people’s clothes or fingers while the user was writing. You can see a model of this fountain pen in Room 11B. In the same room, you’ll find early examples of glasses. Glasses were invented in Italy in the thirteenth century. No one knows who invented them. The first glasses were held in front of the eyes or balanced on the nose. They were developed to help people with bad vision to read. But let’s now move on to some other inventions.

In rooms 12A and 12B we have works by the great medieval engineer, al-Jazari. Al-Jazari lived in twelfth-century Turkey. His work The Book of Knowledge of Ingenious Mechanical Devices lists one hundred different machines with instructions and diagrams explaining how to build them. In this exhibition, you can see models of some of the devices which were designed by al-Jazari. Here, you can see his mechanical clocks. Water and weights make the clocks work.

However, his most important invention was the crankshaft. The crankshaft is a long arm which allows machines to move in a straight line. It was first used for watering gardens and fields on farms. In more modern times, a crankshaft is used in car engines.

As we move along, you’ll find one of the most important inventions of medieval times. This invention has changed the history of the world in ways that we can’t even imagine. It’s one of the four great inventions of Chinese culture: gunpowder. Gunpowder was invented in the ninth century by Chinese scientists who were trying to create a powder which would make you live forever. They weren’t successful, of course, but their attempts led to the invention of fireworks and weapons.

The first instructions on how to make gunpowder were written in the eleventh century by Zeng Gongliang, Ding Du and Yang Weide. The invention of gunpowder has changed the way we fight wars. It changed the outcome of many medieval battles and affected the history of the world. Many people think gunpowder is the most important invention in history. Now, let’s move to the next room, which is all about medieval medicine …

1. Listen to an introduction to a lecture. Number the topics in the order that they will be discussed.

2. Listen to the lecture. Complete the notes below and add more details.

another effect of apps:

7 go to bookshop or library – guidebooks; get audio books; get maps; look up directions on computer, print them; pack CDs, camera, torch, list of phone numbers and addresses; passenger reads directions; ask for directions if you get lost

Good morning! In today’s lecture I want to discuss an invention which has changed our lives. This product has made a huge difference in the way we work, travel, communicate and socialize with friends. Can you guess what it is? I’m talking here about mobile phone apps. The word app comes from application. Traditionally, applications were used in computers to help them perform better. However, with the invention of smartphones, the word app is used to refer to phone applications. In this lecture, we’ll start by discussing the very first apps and their development. We will then discuss how apps have changed our lives. Finally, we’ll focus on some of the most popular apps used by people today.

I’d like to start by talking a little bit about the first apps. These were included with each smartphone. These types of apps were placed in the phones to help users access the internet, check emails, send texts and so on. The first apps were designed to increase efficiency at work and allow people to access important information. However, it was the second generation of apps that really changed things. These were downloadable apps. Users simply downloaded apps from the internet and installed them on their phones. Since its introduction, the app market has grown far beyond anyone’s expectations.

The first app store was opened in 2008. By 2011, it was reporting over 10 billion downloads and people were using apps more than internet browsers on their phones. And by 2017, an estimated 180 billion apps had been downloaded. These numbers have been growing ever since and they give us a good idea about how popular apps are and how quickly they’ve developed. People from all over the world use apps for entertainment, travel and communication. So, I’m going to briefly talk about how these apps have changed our lives.

It’s hard to imagine life before smartphones and mobile phone apps – or, for those of us who are old enough, to remember it. But let’s go ahead and make an attempt anyway. So, imagine for a moment that you’re taking a road trip in the days before smartphones.

Weeks before the trip, you go to the bookstore or library to get some guidebooks about the places you’re going to visit. A few days before you leave, you get some audio books to entertain you during the long trip. You go to a shop and buy some maps – yes, the paper kind. The day before the trip, you sit down at your computer and look up the directions and print them out. Then, you pack some of your favourite CDs to bring along. You also pack your camera – and your torch, in case your car breaks down. And you write down some phone numbers and addresses – of the friends you’ll be visiting and the hotels where you’ll be staying.

While you’re driving, your passenger reads the directions to you and looks for street signs. If you get lost, you stop at a petrol station to ask for directions. You have to write them down on a piece of paper. OK, so I think you get the idea.

Now let’s make a comparison with the same trip today. No books, no maps, no CDs, no lists of phone numbers, no friend giving you directions – the smartphone does it all! Think of the apps you’d use just for that one trip. You’d read reviews and book your hotel with a travel app. The GPS would replace the directions and maps and your friend in the front seat. Of course, a music app would replace the CDs and you could listen to podcasts, as well as audio books. And, of course, you wouldn’t need to bring a camera or a torch. Yes, we’ve certainly made a lot of progress since the pre-smartphone days!

So, now I’d like to mention another important effect of the invention of apps. It has created a whole new IT sector. It is one of the fastest-growing industries and there is a great need for skilled software engineers.

But apps have also had some negative effects. For one thing, people have become more helpless because they’re so dependent on their phones for information. For example, if they’re in a place with no phone signal, they’re not very good at asking for and following directions. And apps have made people less patient because they expect to have information immediately. In fact, a recent study found that 50 percent of smartphone users leave a web page if it doesn’t load in 10 seconds.

OK, in the next part of the lecture, I’ll discuss some of the most common apps in more detail …