English Grammar Exercises for B1 – Past perfect simple, past perfect continuous exercise

English Grammar Exercises for B1

A. Complete using the correct past perfect simple form of the verbs in brackets.

3 hadn’t finished   4 Had you just spoken

B. Choose the sentence (A or B) which means the same as the first sentence.

1   We’d had dinner when Wendy arrived.

A   Wendy arrived and then we had dinner.

B   We had dinner and then Wendy arrived.

A   I saw the film and then I read the book.

B   I read the book and then I saw the film.

A   I went to bed before Dad came home.

B   I went to bed after Dad came home.

A   She went to bed and then her mum came home.

B   Her mum came home and then she went to bed.

5   Mr Banks hadn’t arrived at the office by the time I got there.

A   I arrived before Mr Banks.

B   Mr Banks arrived before me.

6   They’d bought the plane tickets before they heard about the cheaper flight.

A   They bought the plane tickets and later they heard about the cheaper flight.

B   They heard about the cheaper flight and then they bought the plane tickets.

7   The girls had tidied the house when the visitors arrived.

A   The visitors arrived and later the girls tidied the house.

B   The girls tidied the house and then the visitors arrived.

C. Write sentences using the prompts. One of the verbs must be in the past perfect simple.

2   I’d already thought of that before you suggested it.

3   When I turned on the TV, the programme had already started.

4   She was hungry because she hadn’t eaten anything all day.

5   By the time I left school, I’d decided to become a musician.

D. Look at the pictures and complete the sentences. Use the correct form of the past perfect continuous. 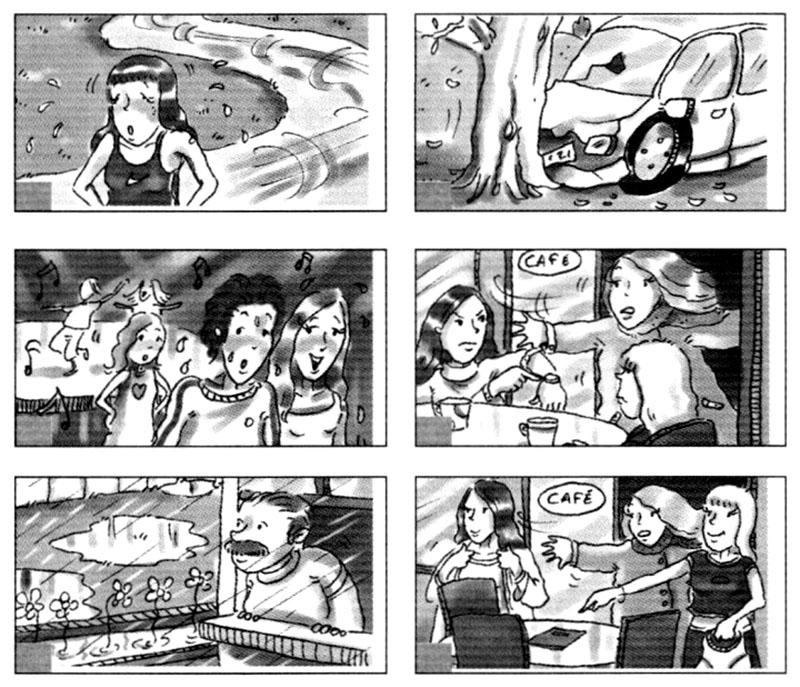 3   it had been raining all night

4   they’d been driving too fast

5   they’d been waiting for over half an hour

6   they hadn’t been waiting long

A done   B been doing

A given   B been giving

A told   B been telling

A drunk   B been drinking

A got   B been getting

A flown   B been flying